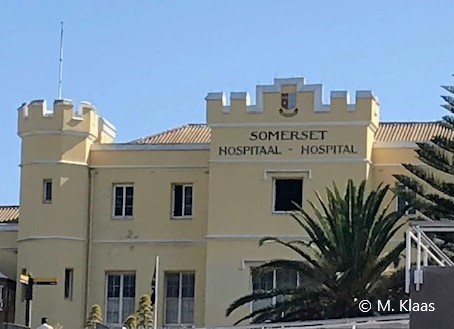 According to a study conducted by Business Monitors International (BMI Research), the medical device market in South-Africa is expected to grow from $1.3 billion US to around $1.7 billion US by 2021.

Demand for the medical device market in South-Africa is mainly covered by imports (94.2% import share in 2016). The most important supplier countries are the US, Germany, China, Switzerland and Mexico. Domestic manufacturing of medical technology focuses mainly on consumer goods, up to 50% of which is exported.

BMI estimates that in 2017, the private health spending of the approximately 14 million individuals on private insurance, self-payers and medical tourists from other African countries predominantly was around $15.8 billion in total. Public health spending in 2017/18, which affects the majority of the population, was about the same.

BMI Research estimates that average growth per year will be around 6.4% in the private sector and approximately 7.8% in the public health sector by 2021.

The growth factors in the healthcare market are infectious diseases, such as HIV and tuberculosis (for example, 11.2% of the total population were HIV-positive in 2011), the high prevalence of cardiovascular, renal and respiratory diseases due to a lifestyle change in the emerging black middle class. Triggered by the “Americanisation” of eating habits, around 70% of the female and 30% of the male population over the age of 15 are overweight. According to estimates in 2017, four million of these individuals already had diabetes.

The medical device market in South-Africa has so far been largely unregulated. The approval regulations for medical technology products are currently being reformed. In 2017, the new South Africa Health Products Regulatory Authority (SAHPRA) was founded.

Despite the good reputation of the medical profession, it is lacking when it comes to medical care delivered to the total population of approximately 55 million people. Many specialists prefer the lucrative private clinics to the public hospitals. Thus, 80% of doctors treat 16% of patients (about 9 million), i.e. the wealthy. The three largest private hospital groups are Netcare, Mediclinic and Life Healthcare.

The 3,900 public health facilities do not meet European standards, not only because of low-quality, outdated medical equipment, but also because of staff shortages and very long wait times, even in the case of serious injuries.

The nationwide availability of pharmacies is satisfactory. High-quality medicines are generally much cheaper than in Germany and many medicines, such as painkillers, are not subject to prescription and are even sold in supermarkets.

National Health Insurance (NHI) is expected to be completed by 2025/26. This also includes comprehensive modernisation measures in the public health sector.

more information about our distribution service